We are able to develop custom-made research hardware for military and suborbital aircrafts. 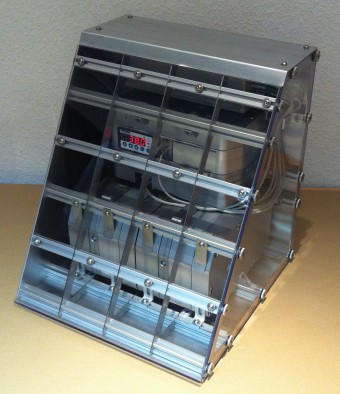 We further developed the experiment hardware for the F-5 to fit into the payload bay behind the passenger seat of the suborbital vehicle Lynx from XCOR.

Both systems are working fully autonomously and completely independent from the aircraft systems and may also be adapted to other aircrafts and microgravity platforms, e.g. New Shepard from Blue Origin.

Possible applications of the systems:

2. Cell biological research in aerospace and military medicine
Testing of the effect of entire military aircraft flight profiles/flight missions (with different g-levels) can be performed at a cellular level. It is possible to study cells of the nervous system, as well as cells of the lung and blood in vitro in order to investigate pharmacological effects and cell alterations during a military flight.

3. Technology testing
To test technologies/system elements to be used in microgravity.